Thursday, September 8, at Meyer Brothers Morningside Chapel, with visitation starting one hour prior to services. Russell Senstad will officiate. Mark was born March 24, in Sioux City. Mark grew up on the family farm north of Lawton. He graduated in with degrees in business and journalism. Kay also attended the University of South Dakota. She was a member of the Chi Omega Sorority. Kay was majoring in Pre-Medical Studies. Mark and Kay were married on June 4, They moved to a house on Old Highway , where they still lived at the time of their death.

For the next several years, Mark and Kay raised cattle and farmed. In , the Mechanized Infantry Unit was activated, and many members were went to Vietnam. Mark was assigned to the 44th Medical Brigade, and he served as a combat medic. While Mark was in Vietnam, Kay returned to California and lived with her mother.

Full text of "My wife's family"

Mark joined the family to aid in the farming operation. She was there for 21 years.

For the last 8 years of her teaching career, she taught earth science and biology at East High School in Sioux City. Kay retired in She enjoyed being with her granddaughters, Dalaney and Kallie, as well as gardening, working on stained glass and spending time with her Chi Omega sisters. Kay loved living on the farm, taking care of livestock and her beloved horses, along with tending flower and vegetable gardens and taking care of the house and pool.

After actively farming for 20 years, Mark began a construction company.

He and his partner, Bob Bergendahl, did all kinds of new construction and remodeling. Mark retired in After retirement, Mark spent his time building airplane hangars and a new office at Martin Airfield in South Sioux City. His favorite hobby for many years was restoring wood boats. He had recently assisted in a remodeling project at the fraternity house Mark and Kay traveled extensively in retirement to Texas and Arizona. They visited friends and relatives in their RV during the Iowa winters and went west to the national parks in the spring and fall.

In the summer they also traveled to Sioux Lookout, Canada up to four times a year fishing with friends. Kay was preceded in death by her parents. Mark was preceded in death by his parents and a brother, Thomas Michael Crowl. Edna Carlson Edna F. Funeral services were held at a. Pastor Mike Stevens officiated. Burial was at the Kingsley Cemetery. Edna was born March 11, , the daughter of Harvey J. She grew up in the Kingsley area, attending country school and graduating from Union High School.

She married Russell E. Carlson on June 28, After their marriage, they made their home in the Kingsley area, where they raised their family. Russell passed away October 20, in Kingsley, Iowa. Edna was a member of the Kingsley United Methodist Church, where she was involved with many church activities. Edna is survived by three sons: Ronald R. Edna was preceded in death by her parents, two sisters, and three brothers-in-law: Lois L.

Powell Jerry , Betty E. Spink Vance and Max Thomson. Darwin Shever Darwin D. A memorial service will be held on Friday, September 9, at 7 p. Jensen Funeral Home of Correctionville. A visitation will be held on Friday, September 9, from p. The Nicklas D. Jensen Funeral Home of Correctionville is in charge of arrangements. Online condolences can be made at nicklasdjensenfh. He was inducted into the Navy on January 6, and honorably discharged July 13, Darwin and Alice Short were married on April 9, To this union, five children were born.

They were engaged in farming until the couple moved into Correctionville in Those who proceeded in him in death include his parents; his wife, Alice; a daughter, Vicky Buck; and a brother-in-law, Darold Hansen. James Morgan James M. Morgan, 87, of Quimby, passed away Wednesday, Aug. Barb Dinelli officiating.

Burial was in Oak Hill Cemetery in Cherokee. There was a family prayer service at a. Saturday at the church.

James Martin Morgan was born on Jan. He was the only child born to Edward and Blanche Stoneking Morgan. Jim was five months old when his mother passed away, but he was cared for by several family members and friends in the Washta and Marcus area. 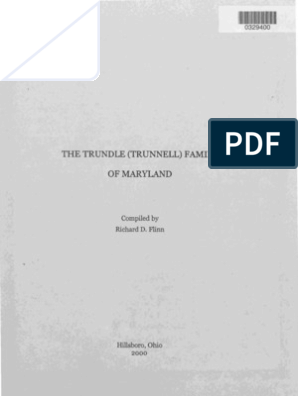 On Nov. After their marriage, they resided in the Marshalltown, State Center, and Colo, Iowa areas before moving to a farm south of Marcus to farm with his aunt and uncle, Inez and Delbert Lepper. When Jim began working for Simonsen Manufacturing in , they purchased their first home and moved their family to Quimby. On Dec. He was very thankful to make a living doing something he enjoyed.

He counted many co-workers, customers and competitors among his many friends. When Jim retired, he said he planned to travel, go to ball games, and pick on his grandchildren. He carried out that plan. Jim was a member of Quimby United Methodist Church and served on several committees after his retirement.

He was also a charter member of the Quimby Lions Club. Jim was an avid reader and was very grateful for the great selection of reading material at the Quimby Public Library. One of his favorite pastimes was bantering back and forth with his friends. He had a great sense of humor, and he could dish it out as fast as he could take it.

He also enjoyed playing cards, attending sporting events, and traveling with Mary. He was very proud of his three daughters, and he liked to take credit for picking out three great sons-in-law.


Jim always had an outstretched hand for his friends and outstretched arms for his family. Jim was preceded in death by his parents and his loving wife of 68 years, Mary. Volkert Hoppe. He grew up in the Correctionville area attending Summit 2 rural school through 8th grade and graduating from Correctionville High School in He was baptized December 16, and confirmed July 3, both at St. After their marriage they made their home on a farm north of Correctionville, where Frank had been raised.

Frank farmed from — when he and Connie retired and moved to Kingsley, Iowa.

The farm was named a Century Farm in Frank was member of St. While a member at St. Frank always considered church a very important part of his life. Frank served in the U. Navy from April 1, through May 29, as aviation ordanceman 3rd Class. Frank enjoyed traveling on bus tours, playing cards, dancing, woodworking, gardening and lawn care. He enjoyed activities where he was able to spend time with his family which was very important to Frank. Monsignor Roger Augustine Rev. Monsignor Roger J.

Augustine, 83, of Marcus, died Thursday, Sept. Mass of Christian burial will be held at a.